This is in reply the post on Twitter about one man, Trump, not being able to save you from the takeover that’s happening.

Feeling powerless? In a way, you are, but more on that in a minute. The idea that the good ol’ U.S.A. can be preserved in its 50 state glory is questionable, at best. Think about it, the homogenized culture, media and strong federal government is what brought this problem, how and why would they fix it?  Do you really suppose the whacky left areas can be changed? I like to cut slack to leftists who never learned how to think, only what to think. Some of those might be reached with the truth, but they’re not holding power in the blue zones.

Politically, the physical resistance has already begun. A number of people are refusing masks, shutdown orders, and they’re going about their business as usual. That’s a good sign. People need to make a distinction between outright armed secession and de-facto secession. What are other steps of resistance that could be taken? What would happen if a lot of people used alternate currency? That’s interesting. Home schooling is a huge form of defiance. One could say that while living in the occupied territory created by Lincoln, the most significant resistance done to date has been the brave home schooling pioneers, back when home school wasn’t cool. I’m talking about my mother in law, not myself.

Reason with me for a minute. Conservative effort to dominate the Supreme Court has proven ineffective. The blue areas will literally let their cities burn before allowing reform. Those same ares are fiscally irresponsible. The national debt is headed toward 30 trillion dollars, not counting benefits promises. The Republican party is timid at best, traitors seems more appropriate. Do you really think you can regain control of the entire country? Those blue people hate your guts, and literally want you dead. Even if you did, it would be occupied territory, and observations of fourth generation warfare show that you can’t occupy in a practical way for a length of time.

I suggest continuing the resistance in the more red areas, and whatever the conflict comes to, making a point to secure those places before trying to keep the whole thing. Is that possible? Well, about that powerlessness: First, if you still think we came about without a design, from rain hitting rocks a bazillion years ago, you can skip the rest, because you’re woefully uninformed. For the rest, I say take a look at American history. We had problems from the inception, but the last straw was in the late 1950’s, early 1960’s. We went from a much cleaner society to public sex at Woodstock in ten years’ time. Teen pregnancy skyrocketed. Drug use became normal. Our currency started the road to fiat. We fought a war run by politicians, who called it a police action. No fault divorce became the legal norm, and families disintegrated. All this is no exaggeration.

Here’s the main point of all this: You are powerless against a very intelligent enemy if you don’t have help of greater ability. It looks to me like Christ left us in the early 1960’s, and that’s the help we need. I mean politically, not just morally. We need to look at what the last straw was. Jesus said that it would be better to have a millstone tied about your neck and be cast into the sea, if you offend children that believe in Him. We made it official, by the federal decree, that children be taught there is no God. I think that was the last straw.

So now what? I say we need a covenant with God. “Lord, we will not teach Darwin’s crude lie, we will make pornography illegal, we will eliminate no fault divorce, (as examples) if you will help us have an area to raise our families in peace and prosperity.” The problem of course is secret sin. Many on the right will agree, but sneak off to their vices in private. Listen now, I tell you the most important secession of all is to separate yourself from the wickedness around us, and return to God on His terms, not your own.

Without that public and private change, I’m skeptical of a good political outcome. Very skeptical.

I’m starting to clean the inside of the barn, these 16 foot long boards are difficult to store, so I decided to make signs for the 1951 Chevrolet truck. Here are the boards, and a vector drawing of the plan. 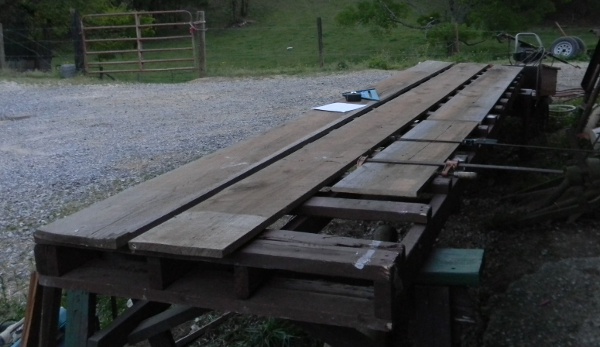 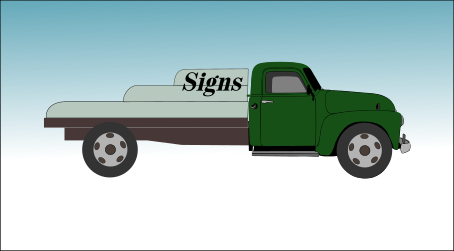 So You’ve Got Time On Your Hands?

I made a page about #mendingnets you can read about it HERE; and in the coming days, see the projects I’ve been working on. 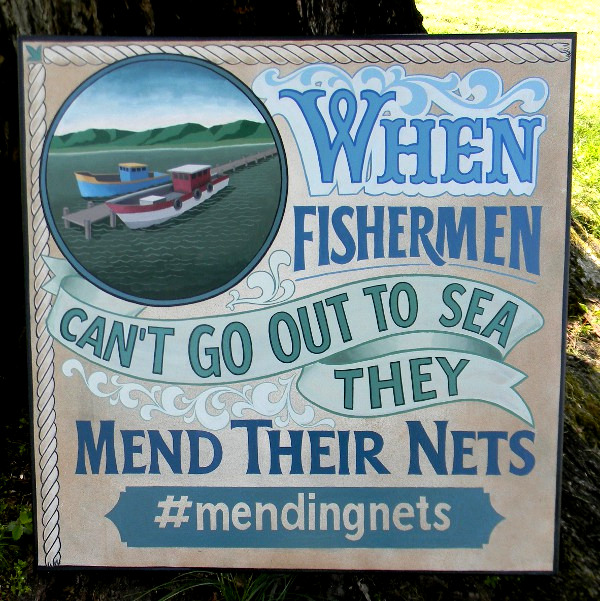 This door was on an excavator, but got badly damaged. My son fixed the wrinkled metal, and I painted it yellow, put on the letters, and airbrushed the details on the letters.

While I was restoring a very old steam locomotive, I needed a slim wire brush that could reach into places other brushes couldn’t. That’s when, by trial and error, I developed the Restoration Brush #1. It works very well, and I use it for cleaning mechanical parts also. Here’s a picture: 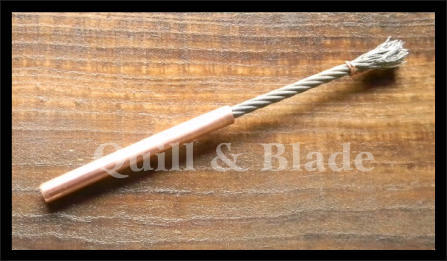 You can purchase one at THIS LOCATION You can see more pictures of the original project at THIS PAGE..

I had a successful experiment this afternoon using free software. Read about it HERE. 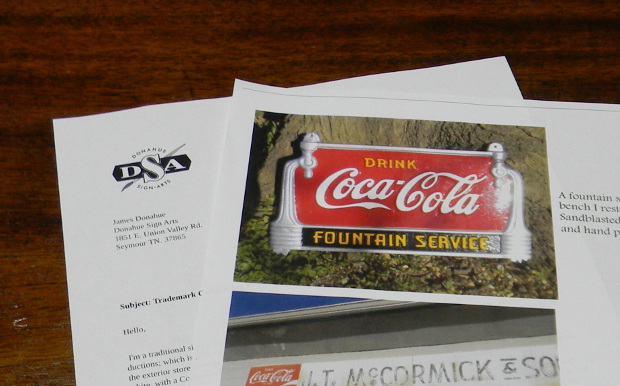 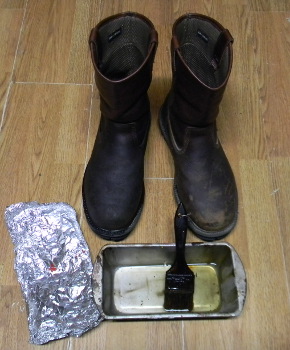 This happens quite a bit, for better or worse. Usually it’s a simple thing like starting a job from the other end and finding it’s 30% faster, or holding a tool a different way, and finding it’s easier to use. Everyone has always done it this way, but wait a minute, on this particular type of job, try this. 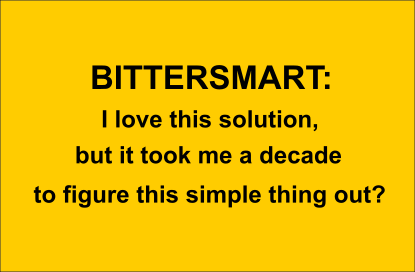 I was at Pull-a-Part today, looking at tires for the GMC Sonoma. They actually had some nice ones at $20 each. They also had this classic cruiser for sale. If I were a rich man, I would buy it and pay someone to restore it. then drive it around for the fun of it. Here are some pictures: 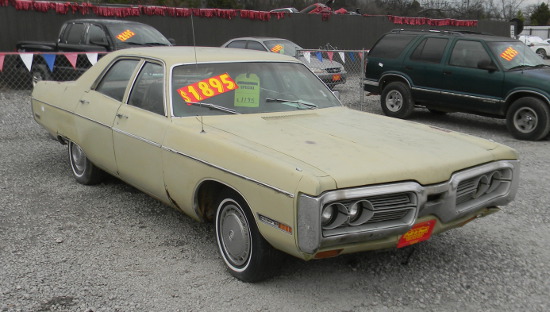 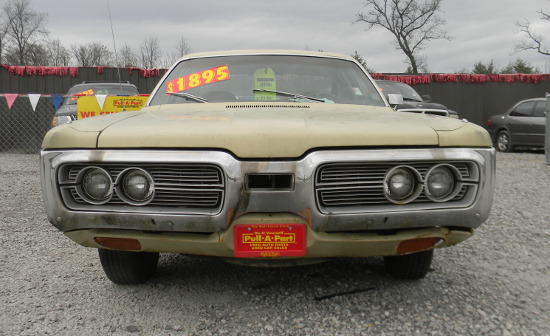 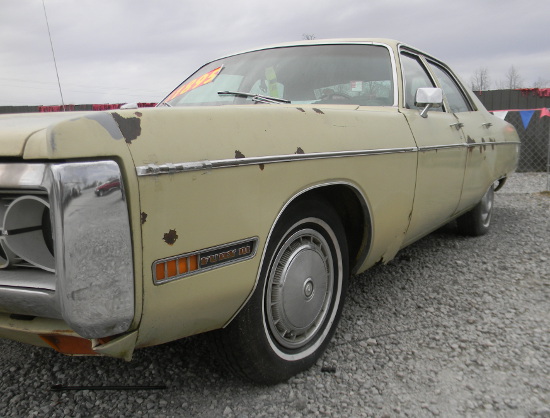 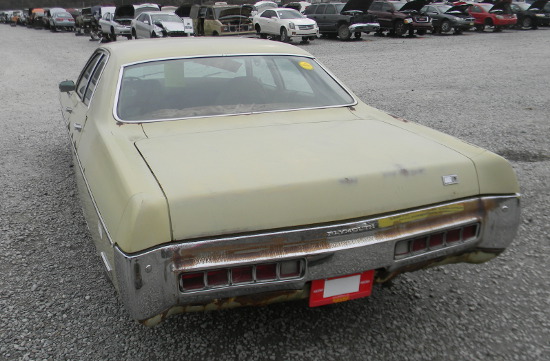 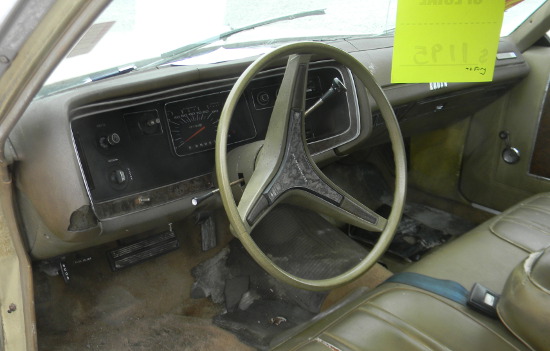 Most people around here have driven from Seymour to Maryville on route 411. What many didn’t notice was a shoe repair shop at the corner where 411 comes into town. I went in there the other day, and it was a very pleasant visit. It’s so old school! there was a long powered shaft kind of tool behind the counter that had a number of grinding and polishing wheels on it. This tool looked like one long shaft, but was actually several, with each section powered by a 120 volt electric motor; with pulleys and belts. There was also a cutting machine and a stitching machine.

I told him about a hand made pair of Brogan shoes I have, which have the soles held on by pegs instead of stitches. he showed me two containers of pegs on the counter that he uses for various odd jobs. The wood counter top near the cash register is so worn that the hard grin stands 1/8 inch higher than the rest. It’s a really neat shop, if you’re in the East Tennessee area, and need some shoe repair work done, stop in there. Here’s some pictures: 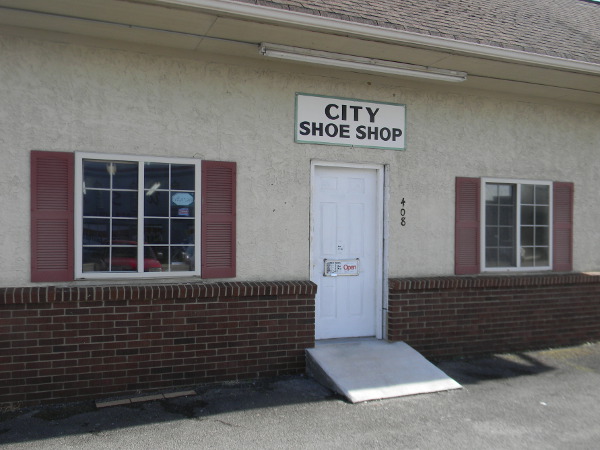 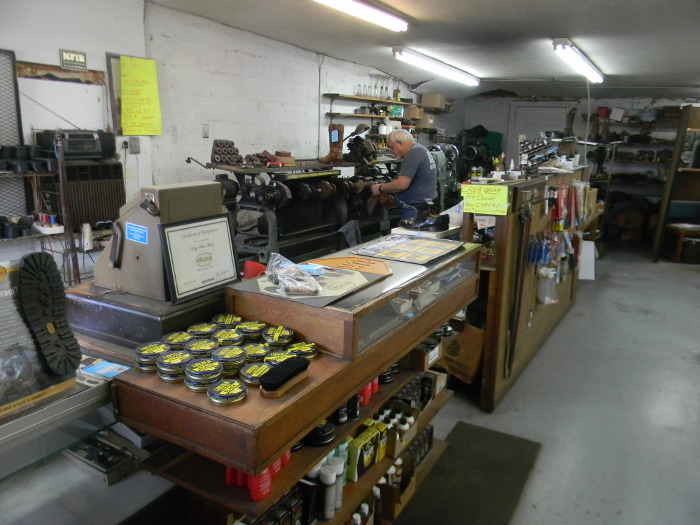 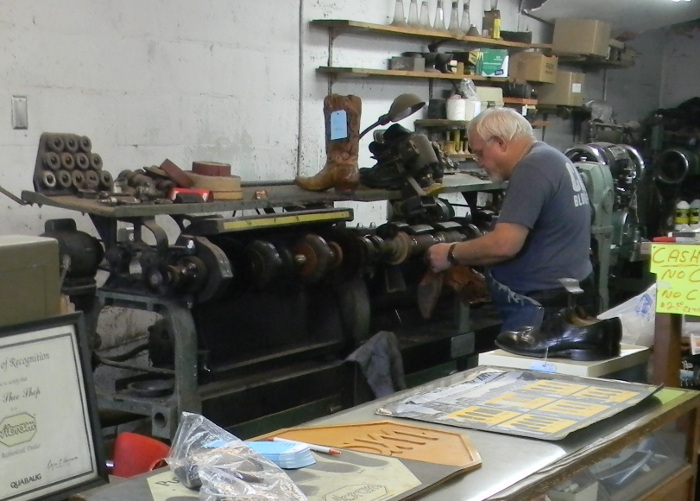 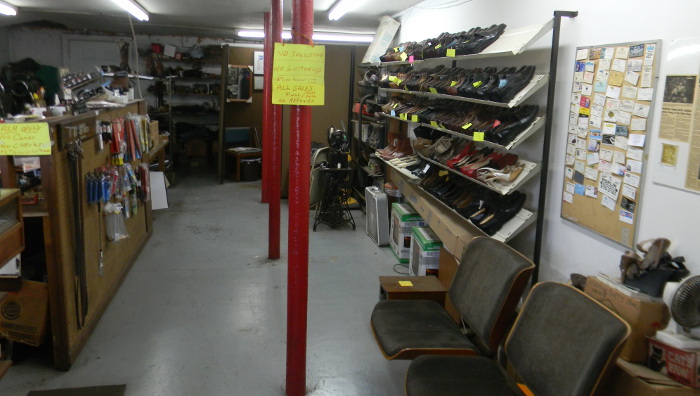