I have a Rockwell Jointer that I’m restoring, but I read that it won’t work for long boards. So I decided to try an idea I’ve had for awhile, a theory I guess. One reason you can’t always get a perfectly straight edge from a table saw cut is that the fence is only as long as the table top, which is about 2.5 or 3 feet long. My idea was that if I had a very long fence, like 20 feet long, then a board with a curved edge wouldn’t be able to ride around the fence, The two points where it touched the fence would keep touching the fence, which would cause an even movement past the blade, making a straight cut.

I hope I explained that OK, see the diagram below. ‘A’ is the curved side of a board. ‘B’ is the cut made, the throw away piece would have one curved side, and one flat. So would the keeper piece. Then I flip the keeper piece over, with the straight edge against the fence ‘C’ and make the second straight cut 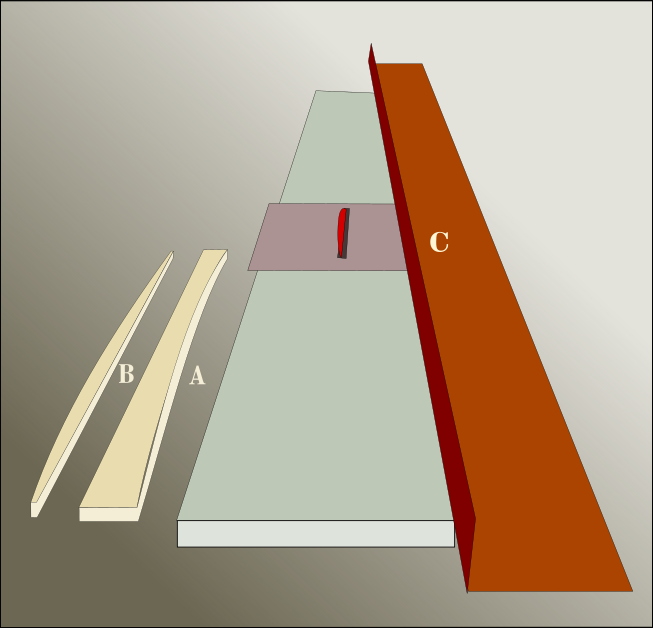 Below is a picture of the real thing after cutting an African Mahogany plank. Pretty tough test, but it looks like it passed. It has a few difficulties; you have to keep the board carefully against the fence; and little rises in the table or warpage in the board can cause problems. The table saw arbor shaft probably has a slight bend in it, which causes a little blade wobble, so I’ll be replacing the saw part entirely, with a better one after it’s restored. 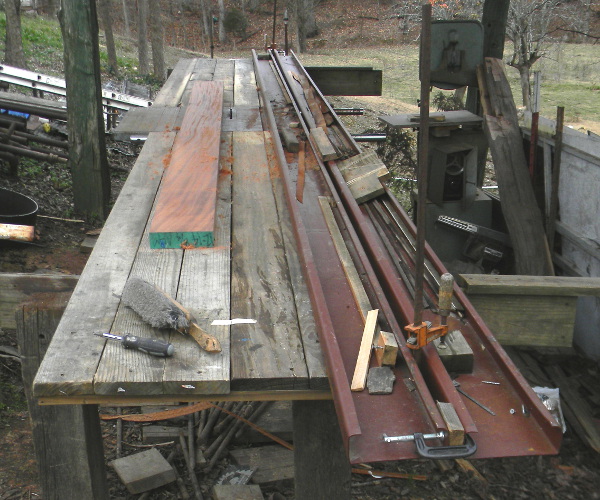