You are here: Home » Jobs & Projects » A Shave Horse and a Maul

A Shave Horse and a Maul

Afetr years of not putting on my Timbering Tools Exhibit, I’m doing it again on May 8th. There are things I need to get ready, one being a shave horse. It’s a small bench that one sets on, while pushing a pedal. The pedal is used to hold a work piece steady, freeing both hands to use a draw knife.

I deided that since I’m making one, I might as well make two, and sell the second one. What you see in the picture below is one of them partially complete, with the legs of the second one in front of it. I’ll update this page as they progress. These are made of white oak. 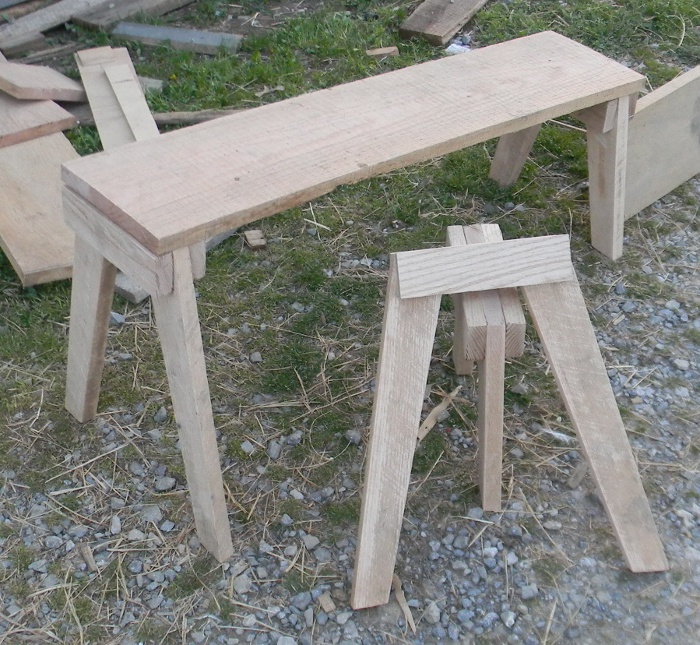 Below is a jig I made to taper the legs. They’re made from scraps I was given. The jig not only quickly tapers the leg by making a rip cut on it with a table saw, but it also makes the legs that same width. It was a pleasure to use a tool that was so fast and easy. It felt Like I had my own factory going. The jig is on the left, there are four legs on the right.

One of the tools I’ll be demonstarting is a froe. I’ll need a smaller maul for that, so I made one with a piece of walnut that someone cut to firewood length. This is a nice looking maul, and a good way to save that nice wood. the first picture shows the blank after I made angled cuts in it with a circular saw. To the right is a shorty 8 lb hammer, and in the middle is an experimental splitting wedge I made from a leaf spring. It works very well. I expected the flat end to curl over the way an ordinary wedge does, but it hasn’t yet. 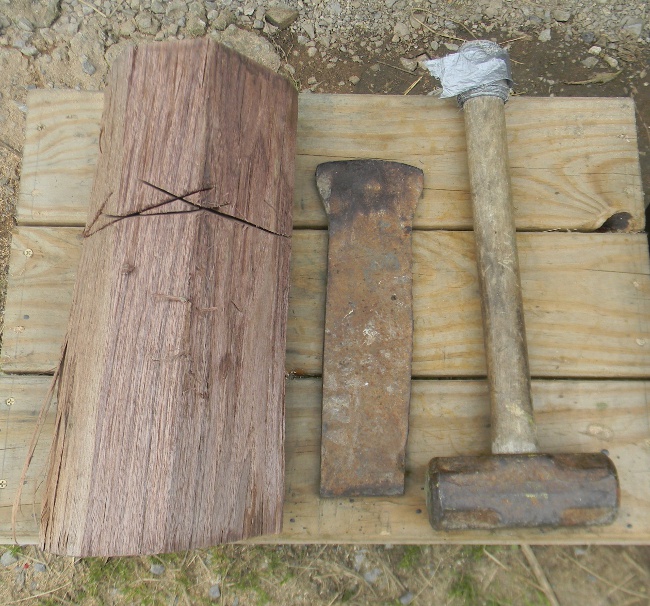 Next is the same blank, after the wood around the handle has been removed with the wedge, along with some pieces form the sides to start making it more round.. 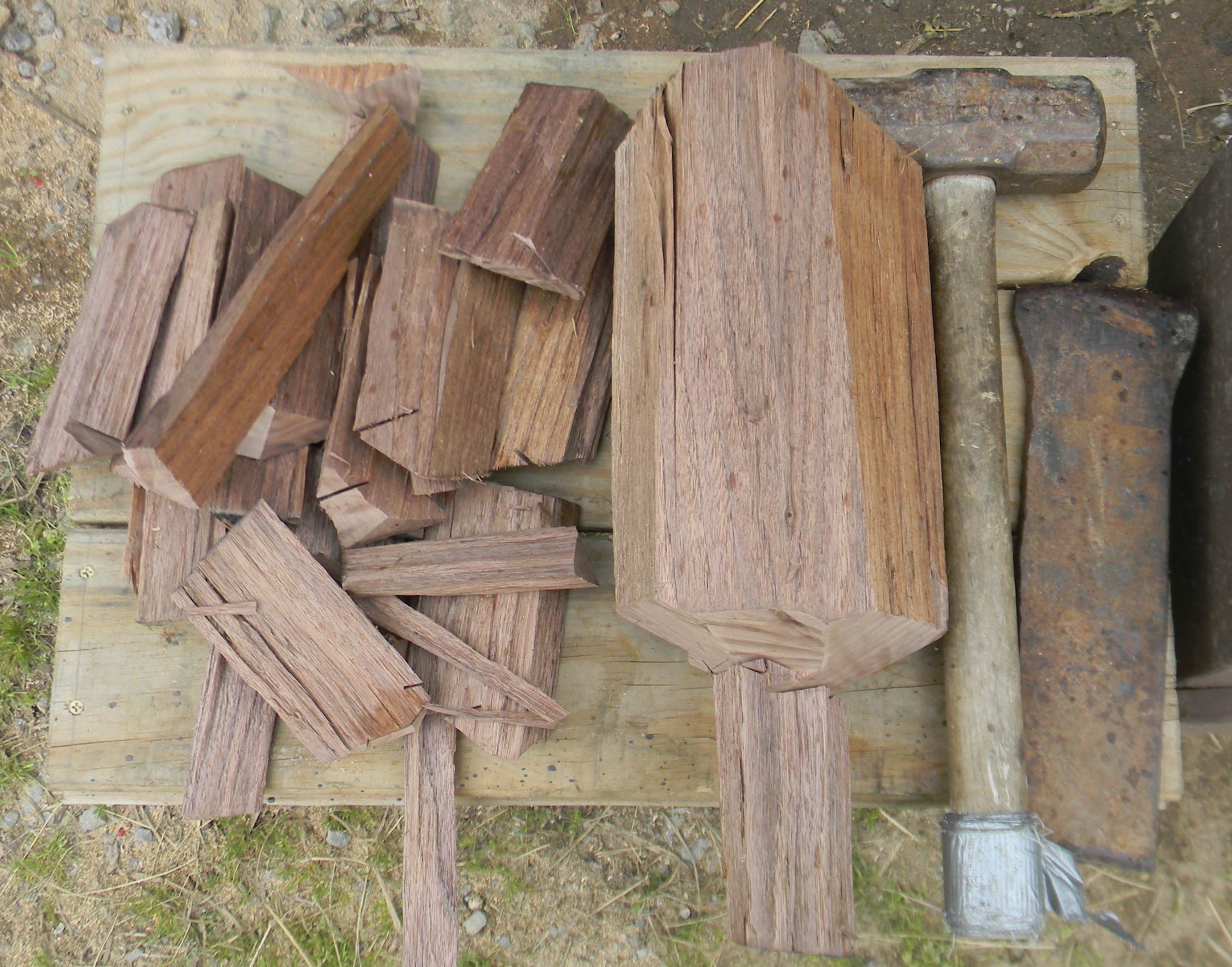 After using a seven inch angle grinder with sanding disk, it had a fairly nice shape, so I put a quick coat of varnish on it. There are a few structural flaws in it, so I won’t spend the time to put it on a lathe and make it really nice. It will work well enough as it is. 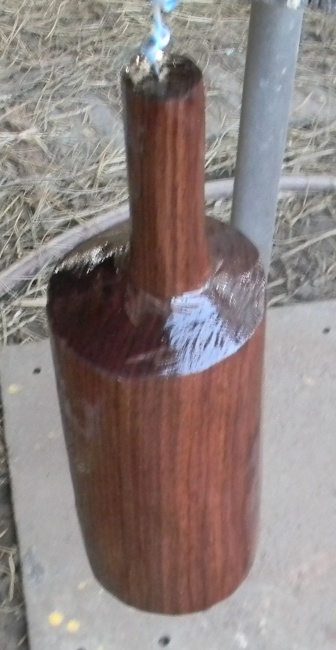