I’ve been restoring an old Russian marksmanship chart from 1946, I first read about it at Weapons Man, a neat blog. His observations are worth reading; I’m Quill & Blade in the comments section.

Update 9-2019 I ran into a small problem while translating a few words. I’ll try to resume this project and finish it. Maybe as the weather cools, I’ll have more indoor time. I’m putting under the category of free vector files for now.

Below the dashed line are the copy and pasted results of a translator in Tomsk Russia. She seems to be a lovely and competent lady; I trust her translation better than my efforts with search engine translations. Here is a link to her page:

The copy and paste was from an office doc, which she sent. You might be better served with the Open Office file, which is available at this link:

I’ve been modernizing the graphics by making them into vector files. These files can be used by anyone, from web designers to sign makers and engraving machines. The vector images I’ve completed so far are below the picture of the sign I made, and above the dashed line. You should be able to copy the last image from this page as an SVG file. 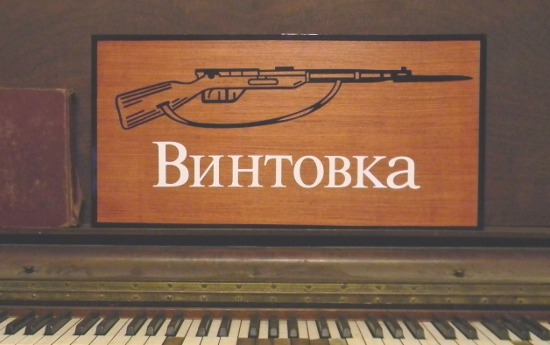 This is a picture of what I’ve been doing, not the vector file itself. If you use this, it will get fuzzy when enlarged. Anyway, an hour here, a half hour there, so it gets done. 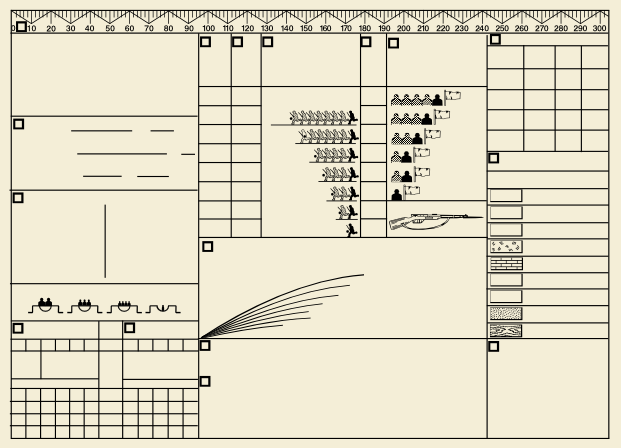 At holdoff, count from the the middle of the target.