I’m starting a sawmill business, and have been spending some time cutting logs into lumber. The mill is set up at the base of a mountain, we might soon move it to the top of the mountain where more logs are. Before it gets moved, I decided to quickly saw up a Hickory log that was laying where the mill is now. I want the wood for tool handles, but some people use it for paneling. 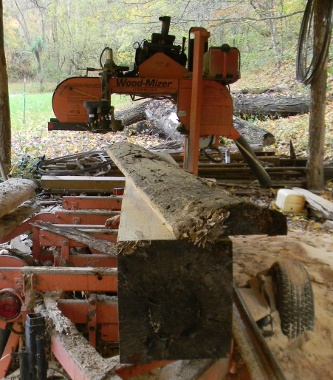 I cut a lot of it into 2 inch thick planks, I then cut those into smaller pieces to make striking tool handles from. Having straight grain that runs the length of the handle is what makes for quality and durability. Below are several pieces ready to make into handles. 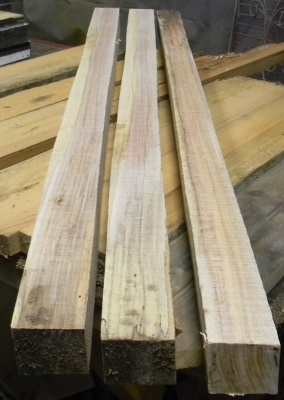 I’ve made them eight sided before with a table saw, but wanted to use a circular saw this time. I needed a way to hold it horizontally, so I made this simple clamp. I could have made something much more modern, but chose this method for two reasons. First, a lot of people don’t have the extent of tools that I do, and it’s a minimalist challenge, kind of like Japanese design. This holder has two boards, and two rope loops. It’s held to the table by a C clamp that’s off to the right of the picture below. 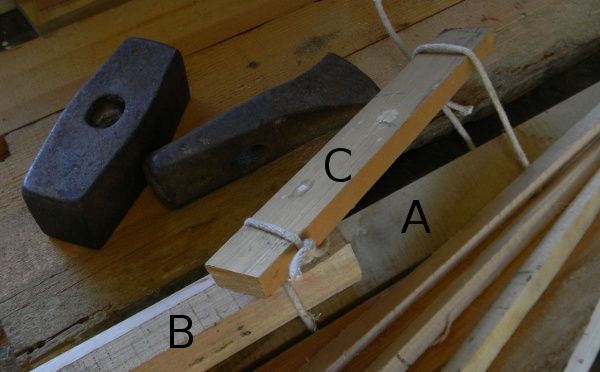 A is the base board, it has two grooves cut on the back with a hand saw.

B is the piece of Hickory I worked on.

C is the board used for twisting the rope loop . 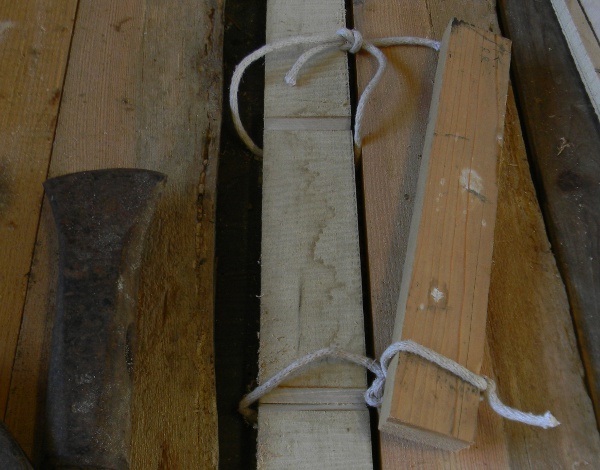 Here’s a picture of the Hickory piece after I made it more or less eight sided. 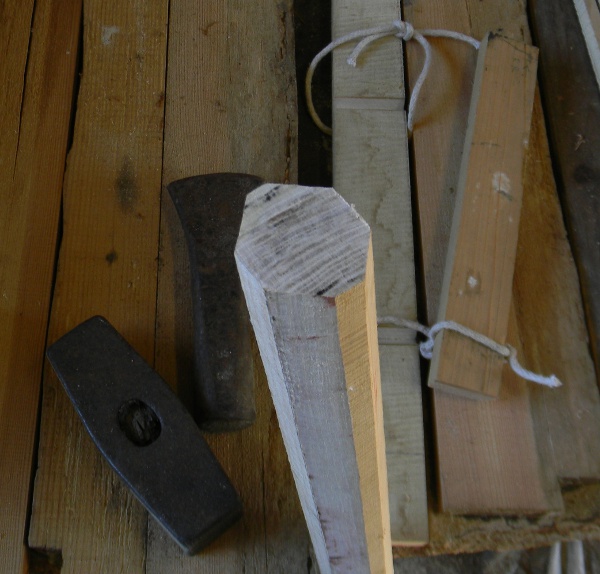 After this I’ll use a wood shaping tool on a four inch angle grinder to remove the corners, and make it more round. Or I might use a lathe, a drawknife and a bench sander. then I’ll fit it to either the hammer head, or the splitting maul head in the pictures above.