The Papa Challenge is a friendly challenge to fathers to spend time with their children, and pass on valuable information. This weekend we did two projects together; hewing a couple of old logs to see what kind of wood they are, and putting the decor in part of the barn that’s being converted into a trading post/ thrift store area.

My 13 year old son was involved more than his older brother. he got to learn to use these tools: Small broad axe, foot adze, circular saw, square, drill, impact driver, and pnumatic nail gun. First, the old logs. These were given to me last year, the man said that one is probably American Chestnut, maybe both. They might have both been creosote treated for use as RR bridge abutments; but they’ve been left outside so long that one was seriously deteriorated.

In the picture below, you see the side of the most deteriorated one, and a tool we found out in the field. Until I know the correct name and purpose, I’m calling it a mini broadaxe. It was severely rusted. I cleaned it up and put a new handle on it. It works very well for this purpose. We removed most of the wet and heavy rotten wood, leaving a 5 inch diameter of heartwood. 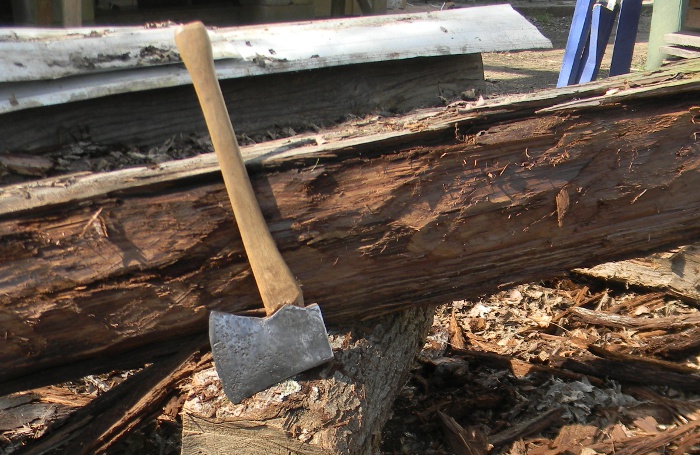 I wanted to get a better look at what kind of wood it was, so I used a sharp foot adze to clean it up more. Here’s what log 1 looks like: 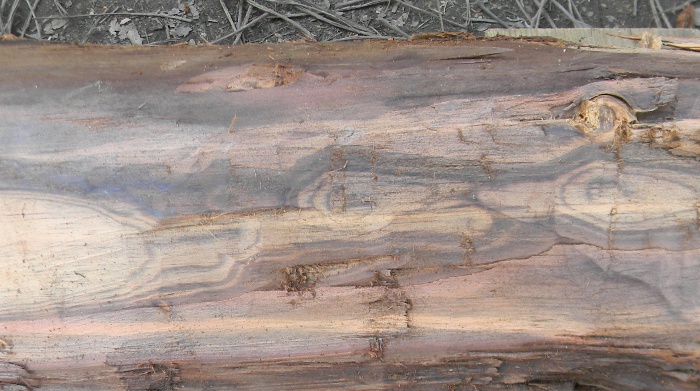 The man who gave them to me mentioned that Chestnut had a wider grain pattern, so this might be it. I’ll see it better when I get it to the sawmill. Below is from the second log, the coin is a quarter, so this grain pattern is really wide. It was a lot less rotten, so should yield a lot more wood, so long as I don’t hit a nail. 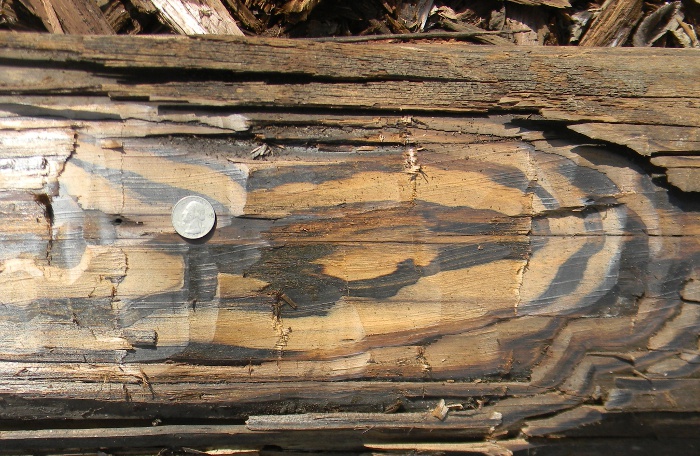 For comparison sake, I hewed off part of a telephone section, that I figure is from the 1970s; the wood there looks like typical pine. 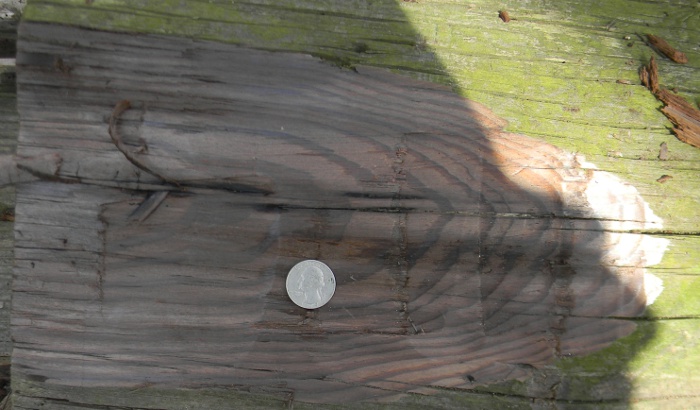 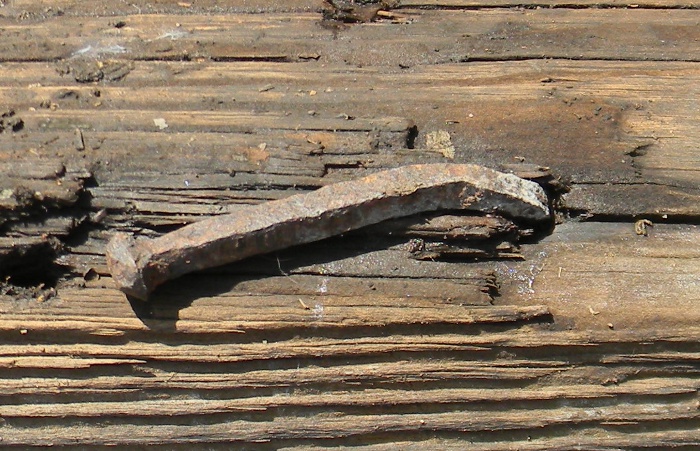 The nails were removed and I restored one of them, picture later. My son and I took turns working the tools. Me, because I was getting over what must be the Omicron variant, him, because he’s less experienced with these tools. It was a good time to talk about staying is shape. He noticed how many neighbors had difficulty working and were on lots of medications. After this we went and did carpentry work in the barn. I regularly get things, some new, that I think I could sell in a little thrift store; so that’s what this will be. Here’s my son using a pnumatic nail gun to fasten old barn boards to their supports. So far the only expense on this project has been some black plastic and the nails and screws. 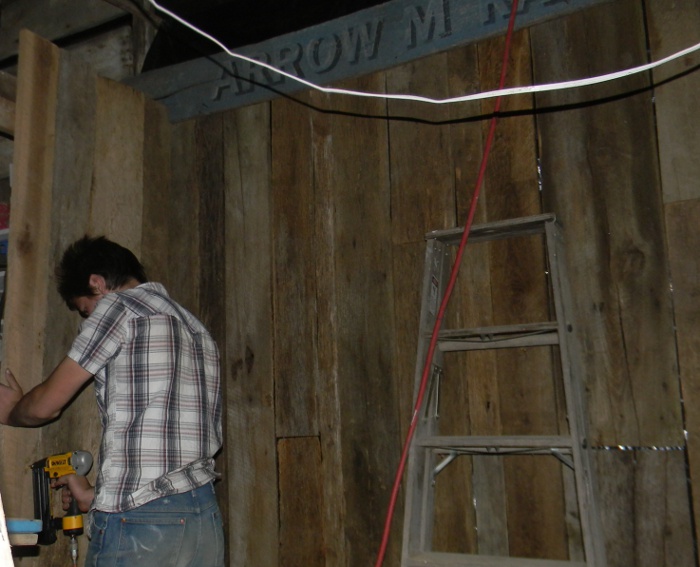 here’s a picture from when I was making the first wall. I put black plastic on the wall to hide the stuff behind it, and to make dark black in the gaps between boards. It works well. 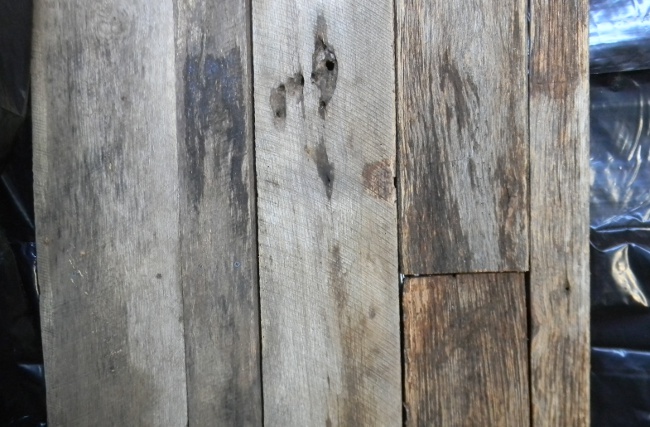 The last project of the weekend I did alone. It’s a replacement bumper for my 2001 GMC Sonoma truck. It needs to be wide so that it will support things I plan to add later. If all goes as well as I hope, this will be the “wildest” bumper you’ve ever seen. I’m looking forward to it. In the top picture, you see my first cuts with the oxy/propane cutting torch. After heating and bending the steel to close the gap, it still needs more of the corner to be contoured, but that will have to be later. Had to go in and make supper for the crew. Chili and cornbread, mmmm. 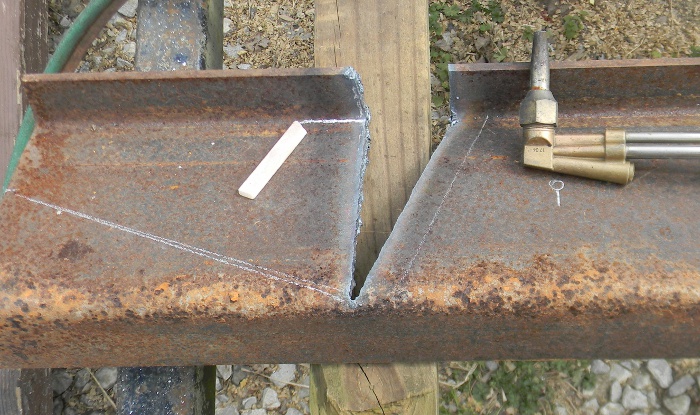