You are here: Home » Uncategorized » Steps of Tool Design

I need a tool that I can drive into a log, and pull the log from one end with a chain or cable. Usually, the tool gets pulled out, these designs are an effort to prevent that. It’s a simple stake like piece of steel that’s driven into the log with a large hammer.

In the top drawing is my first idea. The blue arrow indicates which direction the chain will pull. I quickly realized that it would pivot, and pull the stake out; as indicated by the red arrow. 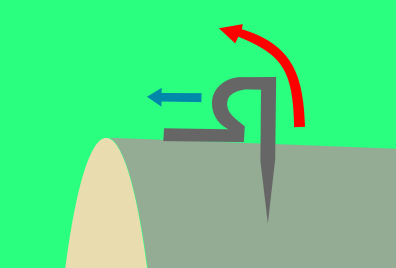 So I changed it so that the pulling force would have less leverage. It would pull more in the same direction as the chain was going, as indicated by the green arrow. It would still be almost as easy to pull out as a straight spike. 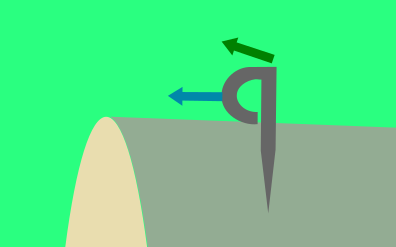 I showed it to my son, who immediately suggested driving the stake in at a back angle, so that when the chain pulls, it will cause the tool to put pressure down on the wood, which will clamp the spike part, as indicated by the red arrow, and hold it in. Great idea. 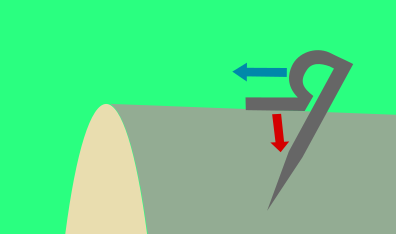 I hope to make this into an a Saturday afternoon project at the forge with my sons.