The first is my own, a 1951 Chevrolet 2 ton truck. The motor runs, but it needs all new brake lines, conversion to 12 volt, the frame sandblasted and painted, the body painted, and some window glass. One of the big delays in painting it has been the hood. It’s one of those can’t do this part until I first do that; can’t do that part until I do this other thing, and so on. Specifically, there are dings in the hood, I don’t want to fill those until the rusted braces have been fixed, don’t want to put the braces in place until I sand and repaint the inside of the hood.

Making replacement braces was the slow part, but they’re done, and the inside of the hood is painted an off black color. Now I can really move on finishing the body work and painting the truck. Forest Green, I think. 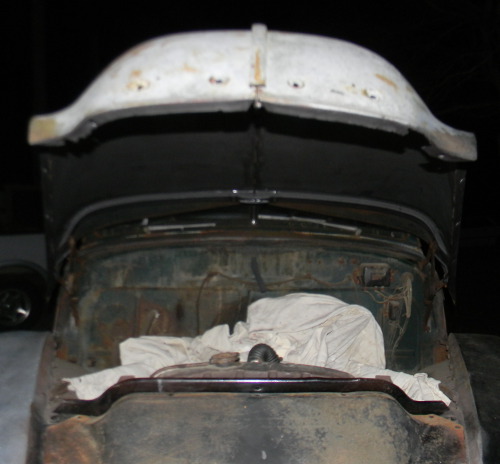 The other project is for a customer, it’s a cast iron and wood bench made for the Coca Cola company. I sandblasted the old paint off, then, in the picture below, I used a wire wheel on a 4 inch angle grider to polish away the sandblast texture. It still had a very rough sand cast texture, so I sprayed it with a heavy coat of automotive sandable primer. It’s an off the shelf product from O’Reiley’s Auto Parts. I’ve never used it before, but it’s the best spraying primer I’ve ever used. I REALLY liked the way it handled in the spray gun. What’s left is to see how ell it sands. It will be a problem if it’s too rubbery. 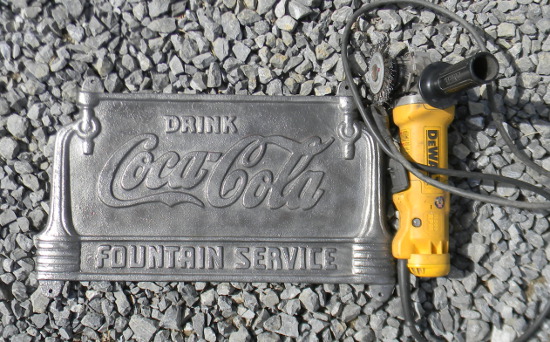 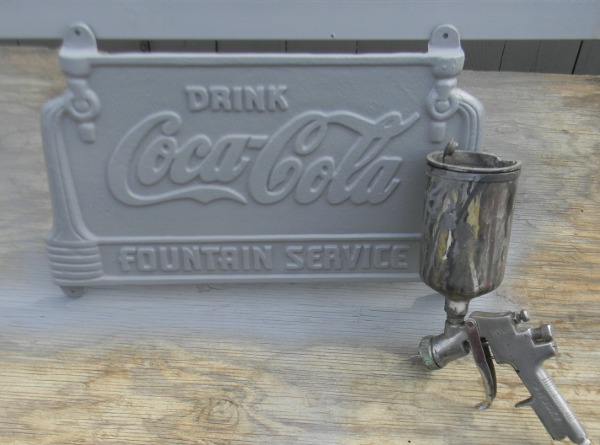