I was a creationist before I was a Christian. I know God is real, and so is His adversary. The reports I hear of terrible things happenning to children; as well as the desire to have a good place for my children to dwell in, are part of the reasons I’m involved in activism. My medium is signs. Other people use the internet, which helps me to stay informed, but my efforts to reach people there have very limited results, besides, I would be “preaching to the choir”.

I’ve spent a lot of time lately thinking about world events, trying to make sense of what’s going on and what I should do about it. Wednesday night I thought that I should use some of the enemy’s own activities against them. That could involve different facets; one is that the things they’re promoting right now are so strange that they open themselves to savage mockery.

Thursday while doing a rote task, I prayed about it, and thought of a sign with three simple drawings on it. The first drawing will say “Not an airplane”. EDIT: the drawings and vector files are completed.

I walked to the site and got these pictures. Here’s what was dangerous: the tree he crashed into had been felled a couple weeks ago, the wood is very fresh, and strong. In the second picture, you can see a number of broken limbs pointing the EXACT direction of the plane’s path.

The little plane doesn’t really have a cab; had he been a couple feet lower, he would have been gored. Yes, this could all be coincidence, but my impression was that they were telling me how big they are, and that they can arrange things. Well OK, I already knew that, I’ve seen things I don’t talk about, because people wouldn’t believe me.

There are a number of Bible verses that talk about God’s protection, and as far as I’m concerned, this is another example. God saw to it that he went just above those limbs. Yes, I could put the sign on hold, but this isn’t the first time I thought “Thanks for confirming what you don’t like”.

Please keep us in prayer. I don’t consider myself Joe Bad, in fact, when I was young, I was the fat kid who came home from school and watched Gilligan’s Island reruns on TV. Life has a way of changing all that, and being a sign maker, I consider this my duty. 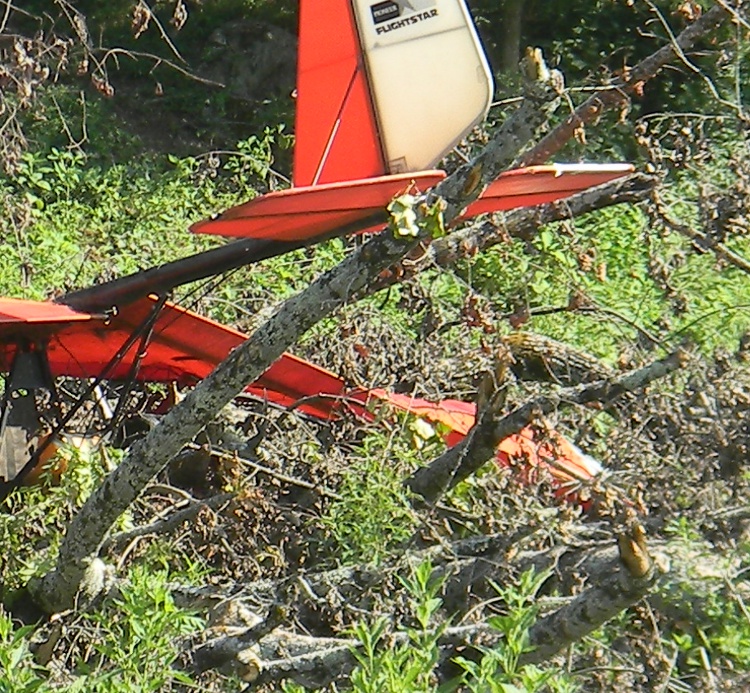