Today I got to spend some time with my two youngest sons. I looked at a “stuff to do with the kids” list I made a while back. It had a number of art or mural projects, but I wanted to do something different. Art is fine if you like it, and can sell it, but it’s not for everybody; and it’s not as practical as other skills.

I looked at the vacuum boost master cylinder from the 1951 Chevrolet truck that is in my last post about sandblasting, and realized we could work on it together. It’s difficult to remember, but a lot of projects you work on are good for working on together with the kids. I’ll repost the before and after pictures of it being sandblasted. 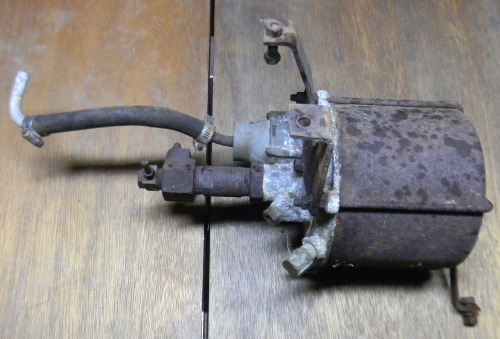 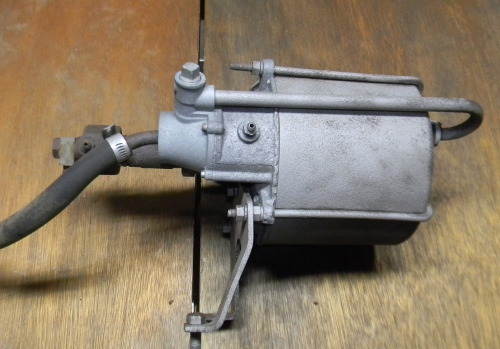 Today, I wanted to take it apart, and see how much repair work it needed. I was told it likely had sitting water in the big air cylinder part, and rust pits in the metal. The first step was to deal with the four long bolts holding it together. They had been cleaned up pretty well where the blast operation hit them, but not on the other side. So I borrowed a tap and die set, and found the 5/16 fine thread die, often called a “thread chaser” I explained how it worked to the boys, and carefully worked it onto the old threads. then we turned it back and forth, while oiling the threads.

The conversation went a lot of places, and even ended up at Lincoln in the Civil War era. That might have happened after I discovered something interesting: lock washers that still had their spring in them. The truck is 68 years old, and it’s possible that this unit has been rebuilt or replaced in that time. But It’s probably at least 30 or 40 years old. These lock washers have been held flat for all those years, but when I loosened the nuts holding them down, they sprang open.

That to me is an amazing property of spring steel. Other old springs last a long time too. Old springs in guns last a long time. Even guns a hundred years old have good springs. Other types of steel will conform to the held shape after years in position. So here’s two pictures of the lock washers as they’re being loosened. 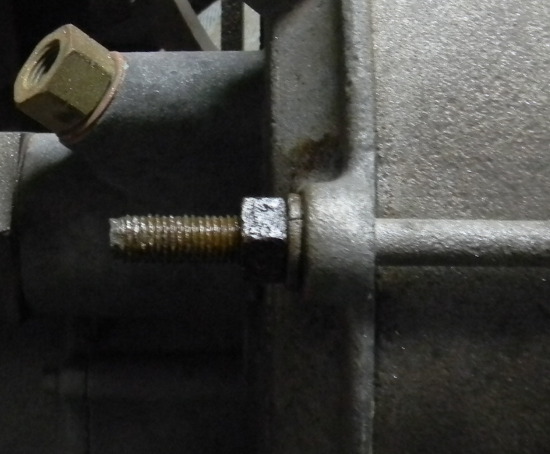 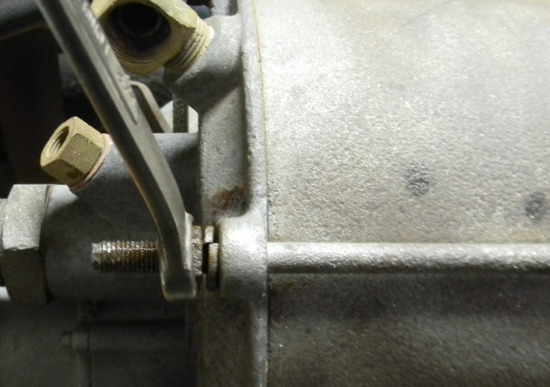 I finally got the housing off, and found this weird brown crumbly stuff inside. Sort of like sawdust with oil on it. the stuff would hold together is squeezed, and felt wet. But it burned, as seen in the picture with the mouse drawn arrow. 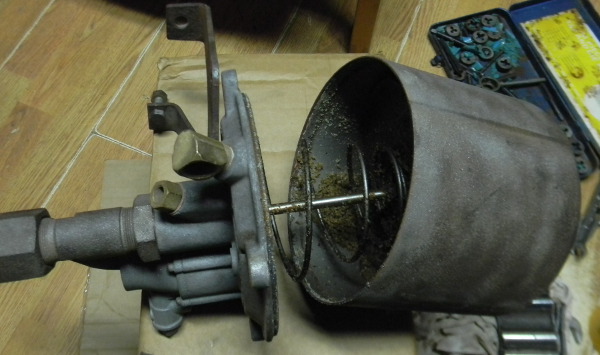 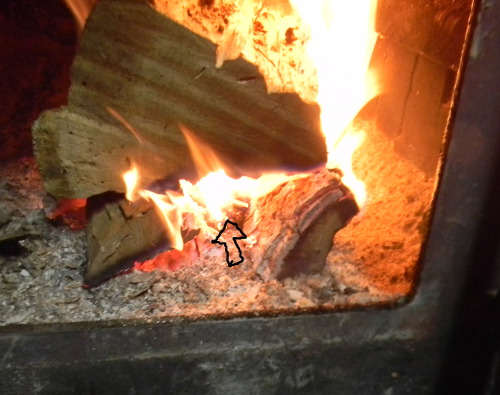 The good news was how clean and rust free the inside of the housing was. No need for a new part here. 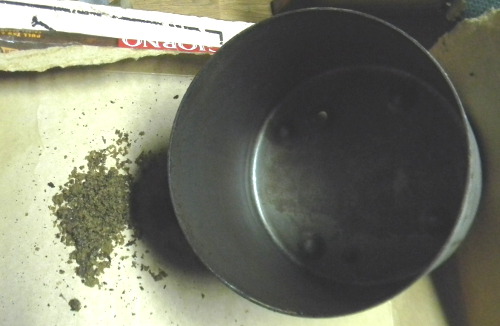 In the last picture, you can see more parts. Under the big spring are two plates that make up the piston. The lower one has fresh looking oil near the center, but the picture makes it look odd. The compression ring is some sort of felt or leather, soaked in oil. Anyway, it was a great rainy day project with the two boys. 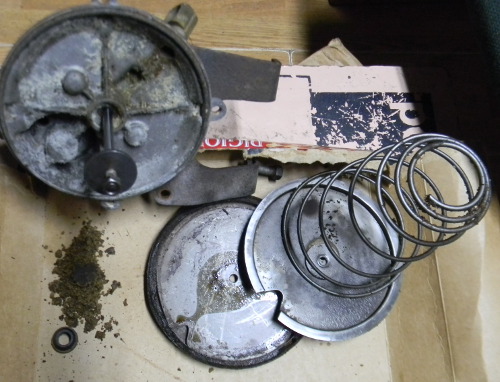