You are here: Home » Uncategorized » What’s Putin Talking About? 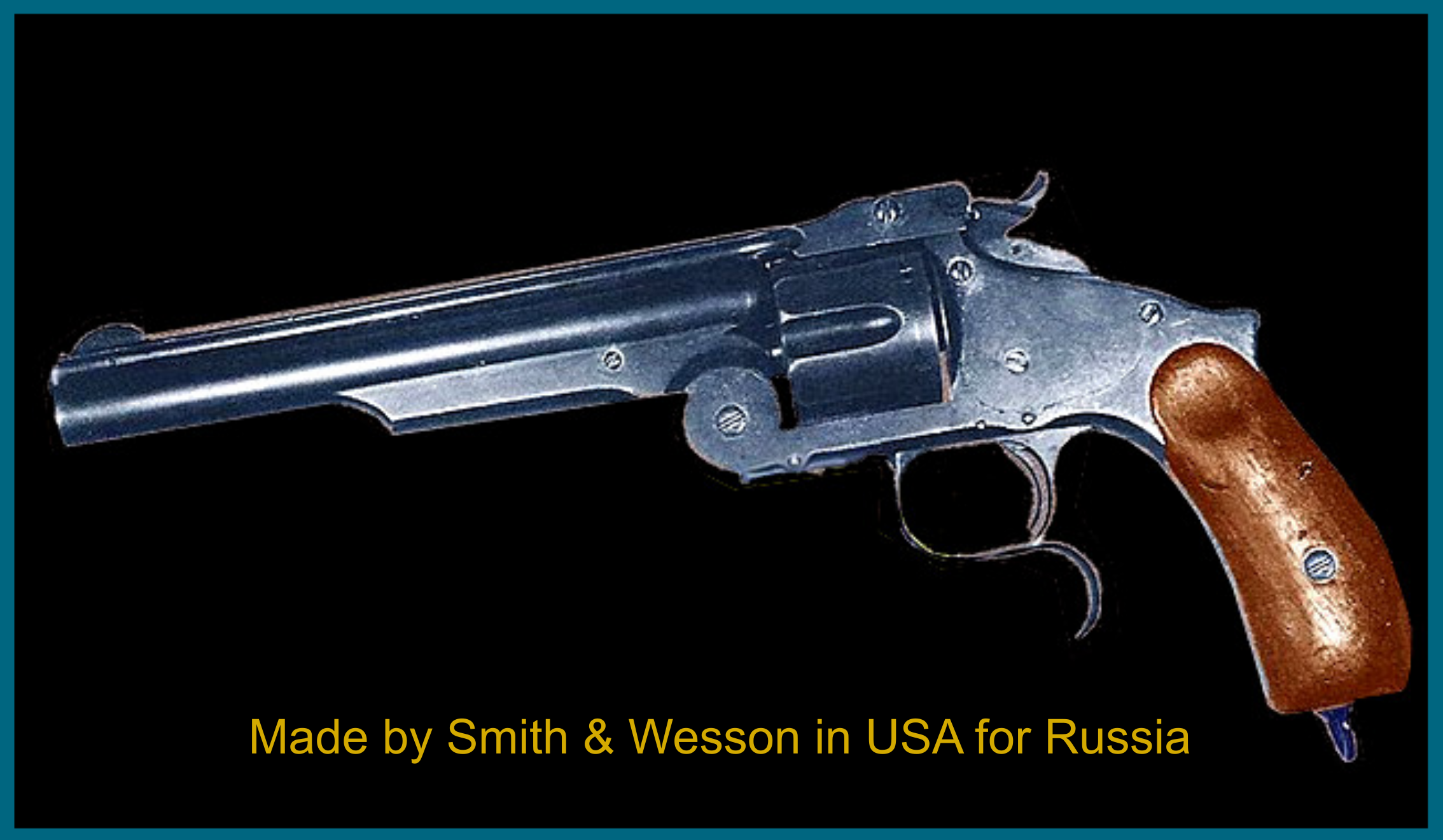 Here’s a very recent address to the American people, by the president of the Russian Federation, Vladimir Putin. This post will remain at the top of this page; more recent post are just below this one. 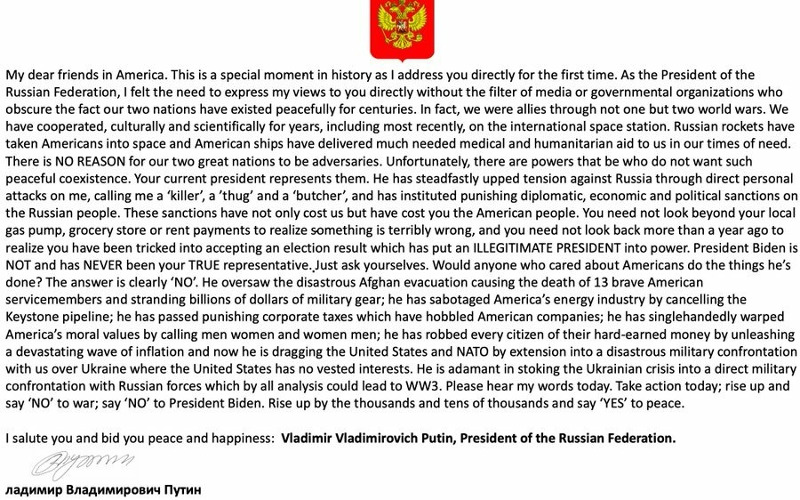 A rare and very refreshing bit of candor on his part, but brief. Numerous details are available to expound on what’s said here. Here’s one that’s colorful but true; When Grand Duke Alexis meets Buffalo Bill, Custer, Sherman and Spotted Tail:  At the top of this page is a picture of a Smith and Wesson Model 3 in 44 Russian. The Grand Duke was visiting the US to see the progress on an order of these pistols. Over 131,000 were sold to Russia. Here’s a great article with terrific pictures about The Grand Duke’s visit. 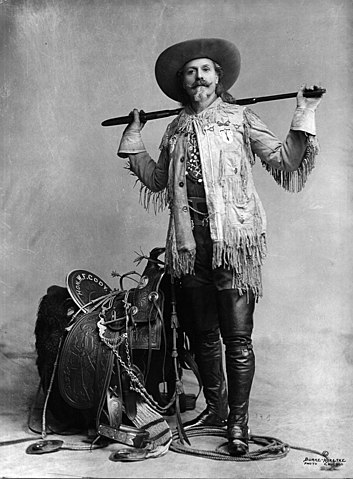 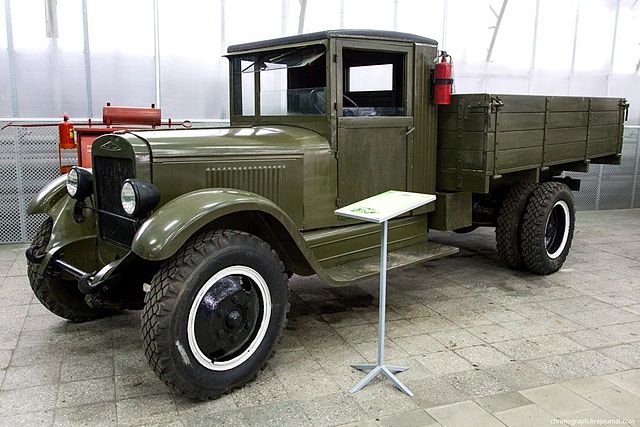 Here’s an article about 200 years of Us and Russian diplomatic relations; including how US hero John Paul Jones, was a Rear Admiral in the Russian Navy and fought alongside the great Russian military commander Alexander Suvorov. 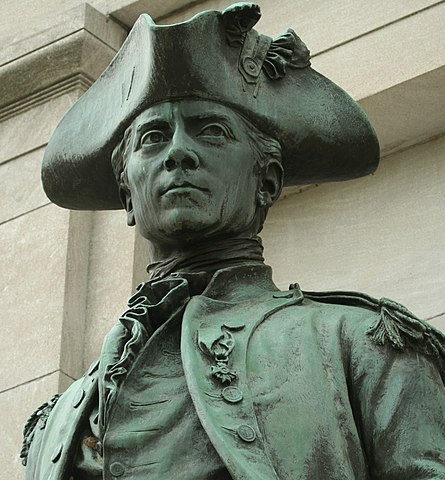 As for the current situation, the US is mostly controlled by the left. They march in lockstep regarding their narrative. Here are a few of the things they’ve said and taught , there are many more:

“Give us 14 days to flatten the curve”

Building 7 fell down by itself. It was part of the twin towers buildings. No plane or debris struck it,

“Let’s GO Brandon” A news reporter lied and said this was what the crowd was chanting; when in reality they were saying “F.J.B.”

“A winter of severe illness and death” It was fear mongoring propaganda from Mr. Stolen election himself, Joe Biden:.
THE US MEDIA AND LEADERSHIP HAS BEEN LYING FOR YEARS. THERE IS EVERY REASON TO DOUBT WHAT THEY SAY REGARDING UKRAINE.

For decades, NATO has said they would not move eastward toward Russia, but they did just that, and now there are missiles pointed at Russia, on Russia’s borders. This is a serious and unecessary threat, as the USSR hasn’t existed since 1991. Fun Fact: where do more Europeran Billionaires live than any other European city? Answer: St. Petersbug, Russia. Why would these people want to return to a system where “the state owns the means of production”? The Russian Federation of today is not the USSR.

Biden’s son, Hunter, had a laptop full of lurid secrets and pictures. It is now being reported that the laptop has evidence of funding for US biolabs in Ukraine. There are literal Nazis in Ukraine that have been killing ethnic Russians since 2014. Hunter Biden got 83G a month for Ukrainian ceremonial gig

Ukraine was a hotbed of international corruption, and Russia wouldn’t risk the consequences of an attack on Ukraine unless there was a significant threat to Russia itself. For decades NATO has promised to not move eastward, but that promise has been incrimentally broken; to the point that Nato now has offensive missiles next to Russia. How would America feel if The opposite were true; if Russsia had offensive missiles on America’s Canadian or Mexican border? Unkrainian memebership in Nato is part of what this war is about .I’m Jim Donahue, I’ve been watcking the Ukrainian-Russia tensions since 2014, and unequivically believe Russia is reacting to a serious threat to its people. Don’t believe what western news sources are saying.